Professional Wrestling has long since been seen as a combination of traditional mat skills with entertainment added. Hardcore wrestling is the exact opposite of this image for its use of brawling, weapons, and even blood. Hardcore wrestling has been seen in many promotions such as ECW, WCW, and CZW. Many wrestlers have adapted to this style and have thrived in it making a career out of these brutal matches.

This article will take a look at the top 10 hardcore wrestlers that have ever stepped into the squared circle and taken a shot from everything from a chair to literally the kitchen sink.

Japanese wrestler Atsushi Onita is credited with bringing the hardcore wrestling style to Japan. Once being the world record holder for having the most stitches ever, Onita is not one to shy away from taking part in a brutal bout. As the founder of the now defunct Frontier Martial-Arts Wrestling, Onita has the scars from his many matches in the company. Most of these matches employed the use of barbed wire in place of the ring ropes, which is something not seen any more in the wrestling industry.

Raven is one of the most mysterious characters to have ever stepped into the ring. Raven has seen many hardcore matches over his time in various companies like TNA, and ECW. Raven has shown that he is not afraid to put his body at risk as shown in his Monster’s Ball matches in TNA where he has been slammed into various things like thumbtacks and broken glass. Also, Raven is one of the few hardcore wrestler to be hit with everything, including the kitchen sink as Tommy Dreamer did this while the two feuded in ECW.

New Jack showed during his career what it meant to be a hardcore wrestler. He was known for never shying away from taking a bump and some of the time getting seriously hurt because of this. Most known for his time ECW, he was involved in some of the most extreme matches to ever happen. The worst injury that came of these matches was when he fell off the scaffold during a match and instead of crashing through the tables that were set up, he instead hit his head into the concert floor blinding him in his right eye and giving him brain damage. Now retired from the ring, New Jack is now a manager on the independent wrestling scene.

The Sandman with his signature Singapore cane is one of the wrestlers that embraced the hardcore style and as a result became a five-time ECW World Heavyweight Champion during his tenure in ECW. During his matches in ECW, Sandman was known for repeatedly caning his opponents with his Singapore cane and smashing beer cans against his head. Sandman feuded with many of the big names in ECW like, Tommy Dreamer, Cactus Jack, and Raven and many of these match involved barbed wire, chairs, ladders, and tables as weapons. The Sandman still makes occasional appearances on the independent scene today with still swinging his cane.

His nickname says it all “The Homicidal, Suicidal, Genocidal Death-Defying Man” Sabu has made a career of putting his body on the line in hardcore matches. Sabu is the nephew of The Original Sheik, who is seen as one of the wrestlers that created the hardcore style of wrestling. One of his most brutal and bloody matches was with Terry Funk at ECW’s Born to Be Wired event in which the two competed in a barbed wire rope match. This match would see both of them cut severely. Sabu is also known for putting himself and is opponents threw tables on dives from the ropes. Sabu continues to wrestle on the independent scene for various promotions still using his hardcore style.

Know by his nickname “The Innovator of Violence” Tommy Dreamer has shown what the hardcore wrestling style is all about. His most notable matches occurred during his time in ECW. Tommy Dreamer has had some brutal matches with the like of Raven and The Sandman and through the course of his career even broke his back. Even with ECW no longer in existence, Tommy Dreamer still to this day is not afraid to show what made him “The Heart and Soul of ECW’ in the ring.

Abdullah the Butcher with his trust fork was always willing to be in a bloody all out brawl. Abdullah has the scars to prove how bloody is battles were as his forehead is full of marks where he bladed himself to cause bleeding. Abdullah is known for being one to break rules when not in hardcore matches, he would get shots against any opponent with this fork that he was infamously associated with. Abdullah has since become a semi-retired wrestler and has hinted that he will retire soon.

The Sheik is considered by many in the industry as one of the originators of the hardcore wrestling style. Like Abdullah the Butcher, The Sheik had a signature illegal weapon that he would use which was a pencil. He would use this to scrape at his opponents forehead and on occasion had his weapon used on him which left scarring on his forehead. His most notable hardcore and deathmatches occurred in Japan’s FMW where one match was a termed a “fire deathmatch” which had flaming barbed wire in place of the ropes. The Sheik has since passed away due to a heart attack, but the hardcore style he used continues to live on through many wrestlers like his nephew Sabu.

Terry Funk is one of the few wrestlers that made a name for himself as a traditional wrestler that made the switch to hardcore wrestling late into his in-ring career. Funk started wrestling in the hardcore style when he came to ECW where many of his matches involved the use of ladders, thumbtacks, and barbed wire. Funk would have a few brutal deathmatches for various Japanese promotions during his time in ECW. Funk has since become a semi-retired wrestler and due to age rarely competes in hardcore matches.

Mick Foley is known under his ring names Cactus Jack, Dude Love, and Mankind has made a career out of putting his body on the line. His most notable injury is having his ear almost completely ripped off during one match. Foley didn’t fit the traditional look of a wrestler during his in-ring career, but his willingness to put his body on the line gained him the respect of his fellow wrestler and the fans. Whether it is him swinging around his barbed wire baseball bat or being thrown off the top of Hell in a Cell, Foley has shown what it means to be a hardcore wrestler. 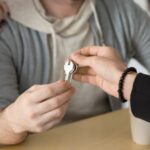 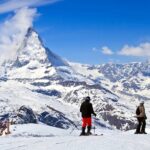