Whenever we come across the words style, vogue or fashion, we immediately begin to picture women because that is how we have associated these words. But what we must consider in this day and age is that fashion is not just for the female population, it is for everyone because the industry caters to everyone in society. And therefore, we must learn to associate these words with both genders, not only women since there are so many fashionable items out there for men as well. In the society that we live in today, men are taking a huge interest in the world of fashion and have come extremely close to actually being “bothered” about how they look, rather than being oblivious. Hence, there are many clothing items to pick from when it comes to men’s fashion. However, stylish leather jackets for men are a booming concept nowadays. We see most men wearing these phenomenal jackets, looking impeccably handsome.

Though leather jackets have been in existence for decades now, their importance in the world of fashion has just been recent. And most of this credit must go to all those male celebrities out there. Without them, this particular trend wouldn’t have been introduced in the fashion industry; it would have been just another outerwear that everyone wears. However, due to the celebrity influence, designers were able to see how popular this outerwear could become, hence, creating them into something so desirable that every man had to have. For that reason, we see most men today looking absolutely remarkable in their leather jackets nowadays. They have learnt how to look sharp, edgy and handsome by observing their celebrity role models in the exact same jackets and have managed to internalize their demeanor. If there is an outfit that could make a man look attractive and handsome, then why wouldn’t anyone go for it? They are a must have.

So who are some of those sizzling celebrities who have captured the heart of many men in terms of stylish leather jackets for men? Well, there are many out there. First of all, Ian Somerhalder, a heartthrob for most women and a fashion icon for men, has been seen in leather jackets quite often. Recently he was seen at a CW event, rocking a fabulous brown leather jacket with a blue colored casual t-shirt and a pair of jeans. Even in this very casual ensemble, Somerhalder managed to look exquisite and it was all because of the ridiculously handsome jacket that he had on. Similarly, famous singer and rapper, Chris Brown, has also been a leading figure in the world of fashion. He was recently spotted at a music award show wearing a superb black leather jacket along with a white shirt underneath as well as a bow tie. The combination might sound odd but he managed to pull it off effortlessly.

More From: World Most 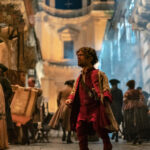